The British Championships for motorcycle racing had been a confusing and disorganised place for years - multiple series running concurrently with their official British Championship status unclear, sporadic TV coverage and sponsorship, and in the case of the Superbike class there were still disparities between Britain and the rest of the world. While everyone else had adopted the FIM International regulations, the British-built Norton RCW588 was not accepted as a homologated Superbike machine and also not allowed in World Championship Grand Prix, so Britain had a set of semi-superbike rules in place that still gave the home-grown bike somewhere to race. This peculiarity, along with dwindling interest from sponsors and a desire among competitors for more consistent organisation, prompted the formation of a new governing body to put British racing into some sort of order.
The result was the Motorcycle Circuit Racing Control Board, which set out to overhaul the organisation and promotion of British motorcycle racing at all levels, and in all aspects from officiating to broadcasting. Their 3-year plan included a total re-launch of the British Superbike Championship as just one official championship which followed FIM regulations and offered full weekends of racing for crowds around the country.
It was an immediate success - inspired by the British Touring Car Championship a TV highlights package had been negociated for broadcast on the BBC on Sunday afternoons, and this quickly brought the close and competitive nature of British Superbike racing to a national audience. With Carl Fogarty becoming a superstar in the British media fans now had opportunities to see future stars at their local circuits, and keep up with the championship from their homes. It attracted bigger sponsors, factory teams, and one of the most competitive rider line-ups in the world, demonstrated by the fact that the top British Superbike riders got into the mix of the World Superbike field whenever the series came to visit. Thanks to some smart promotional decisions and financial incentives the British Superbike Championship retained interest from privateers as well as well-funded works teams at a time when many other domestic championship were collapsing due to rising costs, and it continues as an internationally-renowned championship to this day. 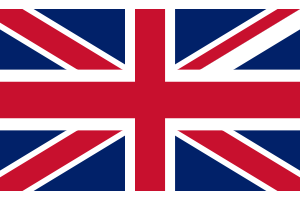