The All Japan Superbike Championship

Perhaps the most significant change on the national racing scene was Japan's introduction of a Superbike championship in 1994, replacing the existing TT-F1 championship. This was a change prompted by the FIM's decision to run the Endurance World Championship - including the coveted Suzuka 8 Hours - to Superbike regulations, and it had a big impact on the huge Japanese motorcycle manufacturers.

With the introduction of superbikes, the factories were now forced to keep their race bikes close to their road-going equivalents; the previous TT-F1 regulations stated that machines had to be based on production motorcycles but there were a lot more allowances for race-specific modifications. Most notably, there was no minimum weight limit; a bike's entire frame could be replaced with a lighter material, which gave a huge advantage to the factories' own teams. Now, with Superbikes, there was no longer a performance advantage afforded by spending huge amounts of money on custom-built machines.

Private teams now had an opportunity to compete at the top level of national competition, a fact proven almost immediately by the one-man Team Foundation who not only took a podium finish in the inaugural season but who did so with a 2-cylinder Ducati that had been a rare sight in TT-F1 competition.

The All Japan Superbike Championship went from strength to strength, and brought the development of some of the most iconic superbike machines in history as well as introducing more of Japan's young talent to a World Championship other than Grands Prix. By the end of the decade all four major Japanese manufacturers had their own teams in both World Superbike and All Japan Superbike competition. 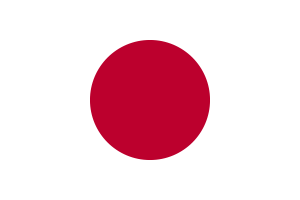