Like a lot of central Europe, Belgium took notice of the growing superbike phenomenon and picked 1991 as the time to install FIM regulations into their national series. While most countries had evolved from road-based race tracks by the time superbikes came around, the Belgian championship remained a throwback to decades past. There were only 2 permanent circuits in the country, so the calendar was a curious mix of ultra-fast road circuits like Chimay and Mettet, cramped sprints around industrial zones and city streets, and occasional visits to France's purpose-built venues. The Belgian federation developed bonds with France's Promosport series and the Swiss national championship, crossing the border several times a year to join forces with their neighbours.

Back home, new circuits seemed to spring up every year. Any public road or business park could potentially be a race track, which may have been fine for the junior classes but was often unpopular with riders of 750cc superbikes. As the bikes got faster they suited Belgium's championship less and less, and with their days already numbered the death of Reggy Hebberecht at Gedinne in late 1994 was a clear sign to the organisers that superbikes had outgrown the roads. Riders were faced with a choice: take their superbikes to another championship, or switch to something slower such as the less-powerful Stocksport class that still visited the road courses. Most chose the latter.

The 1995 season primarily took place on circuits outside Belgium, and was often combined with the struggling Swiss championship just to get enough bikes on the grid. The international road races at Chimay remained a popular event, but grid sizes plummeted for the rest of the championship and by the end of 1996 there was little interest left.

Superbikes continued as part of the Belgian national series but without any official championships awarded, and at the end of 1998 the class was disssolved entirely. 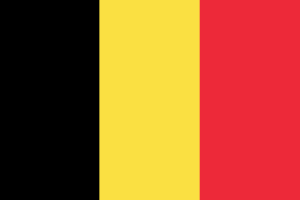