Ever since the exploratory Superbike Sprint races alongside the Australian Touring Car Championship (ATCC) in 1991, superbikes had been a popular fixture at half a dozen ATCC events each year. For a few years these events made up half of the Shell Oils Superbike Championship calendar with the remainder being Australian Road Racing Championship (ARRC) events featuring all of Australia's other classes of motorcycle racing.
The Shell Superbike Series came about in 1995 when these combined touring car and superbike events - colloquially known as the "2 + 4" series - were separated from the ARRC into their own series, albeit without Australian Championship status. The official Australian Superbike Championship continued as part of the ARRC and with no clashes in their dates most riders competed in both series throughout the year. The Shell Superbike Series had the advantage of same-day television coverage and huge crowds as part of the highly popular touring car package, even if the races were barely 15 minutes long.
They ran as concurrent series for 3 years, introducing riders such as Troy Bayliss and Craig Connell to the world of superbikes, before the announcement in 1998 that the ARRC would replace its FIM-adjacent superbike championship with a cheaper production superbike category. The Shell Series became the official Australian Superbike Championship while continuing to race only at ATCC events, but this lasted just one year; the production superbike grids were small, as were the Shell Superbike ones, and so the two series were merged back together for 1999 and adopted a more open set of regulations closer to Superstock than Superbike.
The Shell Superbike Series lasted just 4 years but is fondly remembered by fans of cars and bikes alike. 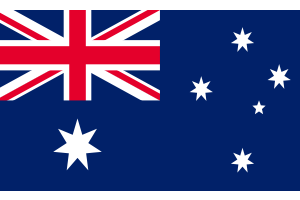